The Girl with the Golden Smile – 4

“You haven’t told me your name,” Nalia said.

She trailed behind Nicholas, watching him survey the house. She supposed he was assessing his purchase. She tugged peeling paint from the wall in the corridor, and winced when white dust fell on the floor.

“Nicholas.” He flashed a grin at her. “Nicholas Muchemi.”

“So, Nalia,” Nicholas said walking down to the next room on the second floor. “What were you running from last night?”

“You said I was your lifesaver.  Of course I have to know.”

Nicholas leaned on the doorjamb to what appeared to be a library. There were old books left on the shelf. Nalia entered the room, the books calling to her.

“Lifesaver or not, I don’t know you well enough to tell you,” Nalia said, stopping by the bookshelves. She read the titles on the shelves with interest.

“Some,” Nalia said touching the old spines. “The owner of these ones didn’t take care of them. Are you going to sell 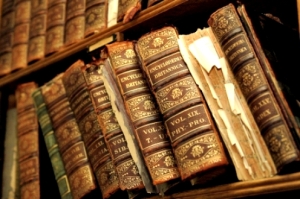 “Maybe,” Nicholas said coming to stand beside her. “I might have them restored and keep them as part of the house.”

“How often do you do this sort of thing?” she asked, pulling out a geography encyclopedia from the shelf.

“This is my third house.”

Pride colored Nicholas’s words. Of course he would take pride in his achievement. She couldn’t imagine how much money it took to restore a house like this. She’d probably never see that kind of cash in her life. Returning the encyclopedia, she sighed and walked to the windows.

“It must be nice,” she said, staring out at the overgrown flower gardens behind the house.

“It’s a challenge. I like challenges,” Nicholas answered behind her. “You’re changing the subject, Nalia.”

“I don’t want to talk about last night. Why are you making me wait for your friend?”

Nalia turned to look at Nicholas. He walked along the bookshelf, reading the book titles like a connoisseur. He was tall, taller than Malik. Nicholas was lean where Malik was bulky. Nicholas moved with grace, a warm refined air clung to him. Nalia imagined it came from years of living in a world he’d mastered.

She couldn’t imagine Malik browsing a bookshelf. Her husband preferred watching the news, and reading newspapers as though they held the secrets of the world. He thought novels were a waste of time, and he only wrote when he absolutely had to.

“Nalia,” Nicholas broke into her thoughts.

She blinked and stared at him.

“What are you thinking about? You looked so far away. My friend just text me, he’s two minutes away. We should head downstairs.”

Nalia frowned. “You said he was a doctor?”

“Don’t worry, Eli is a real doctor. I saw him graduate and get his certification.”

Nalia stared at him and then she laughed.

The saga of a quack doctor had taken over the local news. A man who’d pretended to be a doctor and used his position to abuse women instead. She imagined doctors were having a hard time lately, having to prove they were real doctors.

Nicholas had a sense of humor.

His compliment shouldn’t have excited her, but it did. Warmth burst inside her, so vibrant, she forgot all the reasons why liking him was wrong. Heat suffused her cheeks and she dropped her gaze to the floor.

She nodded and followed him out of the library.

She imagined the folks living here before must have been grand to have a whole room designated as a library. All her books were stacked on a carton in her closet. She often had to fight with her clothes to get those books to sit well.

Downstairs, anxiety hit when she heard the sound of another car. She slowed down, while Nicholas seemed to increase his footsteps, hurrying to the front door. She watched him open the door with a flourish.

She stopped in the middle of the living room. Fear returned, and she realized how free she’d felt before, when it had just been her and Nicholas. This house had somehow given her solace from her life in the last twelve hours. Sitting at the kitchen table with Nicholas, prowling the house with him, laughing…she couldn’t remember the last time she’d felt so carefree.

The sound of excited male voices outside reached her and she closed her eyes. She was scared again.  Nicholas returned followed by a short light-skinned man who carried a medical bag.

“Eli, this is Nalia,” Nicholas said, leaving the front door open. “Nalia, this is my best friend, Eli. He’s a private doctor.”

Nalia could only nod, her voice lost. She tried for a smile, but even that seemed stuck.

“Nalia,” Eli said with a warm smile. “I hope Nicholas has been good to you?”

She glanced at Nicholas and her traitorous heart skipped a beat.  Guilt set in. She was married. Yet here she was…tempted.

Alas, it was true; there is no one in the world that lived without sin, was she to count her sins in the last day, she was sure to burn.

Malik would be the one to burn her, she thought with a shiver.

“Shall we find a private room?” Eli broke into her thoughts. “I’ll take a look at that bruise on your cheek, put ointment on it.”

Nicholas pointed to a door to their right. She gave him a nervous smile and led the way to the door. It opened into a study. There was an old desk and a pair of chairs before it. She chose one and let out a shaky breath when Eli produced a stethoscope.

She closed her eyes when he leaned down to study the bruise on her cheek.

“Can I ask how you got this?” Eli asked.

She’d heard the question asked many times before. Concerned friends, her mother, her neighbors…she always lied. She told them stories of falling, bumping into doors, cupboards, absurd lies…never the truth. Opening her eyes, she met a kind gaze, and suddenly she just couldn’t lie anymore. Tears filled her eyes and she found she couldn’t form the words, though she wanted to say them.

“Did someone hit you?” Eli asked then, taking a seat.

She nodded, making the tears slide down her cheeks.

“Was it your husband?” Eli asked his gaze on her left hand.

Nalia fought back the shame that welled inside her and took in a deep breath.

“Yes,” she said, feeling as though she was jumping over a huddle. “My husband hit me.”

The Girl with the Golden Smile – 3

The Girl with the Golden Smile – 2

The Girl with the Golden Smile -1

What If – by Annemarie Musawale

7 thoughts on “The Girl with the Golden Smile – 4”