Dust sifted in a fine cloud covering her forehead.  Cera closed her eyes fast, tasting fine red soil on her lips.  She blinked away dust and continued her climb up the steep cliff.  Fingers grabbed at roots and jutting rocks that felt sturdy enough to hold her.  She wedged her foot into crevices, always reaching.  She climbed up, her muscles straining with effort, ignoring the pain, gritting her teeth, she pushed harder.

Her right hand went up, fingers closed over a thick branch, and she gasped when the 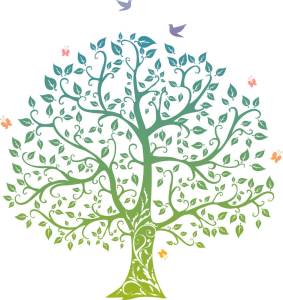 branch broke off.  Her heart slammed against her chest when she slipped, her left hand gripping the rock she held tight.  She flattened her body against the cliff to keep her balance.  Her right hand searching for another hold, she sighed in relief when she held thick roots.

Cera took in a deep breath to calm her beating heart.  Holding on tight, she risked a glance down the cliff.  Her best friend, Jeri, stood in the clearing below.  Beside her, Cera’s little brother lay on a kanga unconscious.  There was no one to fight for him but Cera.  Their parents were long gone.  Cera was Ken’s mother now.

Cera could barely see them below.  The fall down would kill her.  Cera closed her eyes bringing her attention back to the roots she held.  She couldn’t fall to her death here.  She still had so much to do.

Shaking off fear, Cera continued her climb.  Legend was a tree of life grew on top of this cliff.  The tree bore a single fruit each year.  One that stayed ripe for months.  The juices of that fruit brought life to the sick and the dying.  Many had attempted the climb, very few ever made it to the top.  Cera was determined to be one of the few.

Her brother was ill.  The doctors in their village could not help him.  Cera had spent the better part of two years trying to find a cure for Dan with no results.  Now, her brother could barely wake up: he slept too long and she worried that he was slipping away.  She could not bear such a loss.  Being left alone in this world…Cera shook her head refusing such a reality.

Not stopping even when her fingers got damaged, and her muscles got weak.  When she felt her strength waning, tears tracking down her dusty face because her arms and legs hurt, she worried she might fall off, she reached up and her fingers found nothing.  She looked up to find clumps of grass and she used them to pull herself up.  Her heart skipped with relief when she came up on a flat plain, green with lush grass.  Unable to stand, she rolled to her back, then crawled to her knees, her gaze on the majestic tree in the middle of the clearing.  A purple fruit grew low on the bottom branches.  Hers to take, hers to give to give to her dear small brother.

This was a short story submitted for a flash fiction thing.  Enjoy it!

2 thoughts on “Cera’s Fruit of Life”