There was a man who lived in a not so distant past. I will call him Bobby. Bobby was born into a poor family, the first 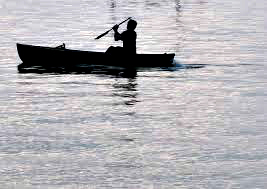 of seven siblings. The one his parents put their faith on, that he would bring good fortune to the family.
Bobby lived as a good son should. He helped his father, and worried for his mother. He worked hard in school. Was smarter than others, and made a life, one that was irrevocably different from his family. Opportunities found Bobby, he traveled the world, enjoyed the pleasures of life as any other would. But this story is not about Bobby’s happy moments, but those profound moments in life that led to a startling future.

Bobby loved three distinct women in his lifetime. I call them distinct because there were other women in Bobby’s life, but these three changed his life in different ways.

The first woman Bobby loved was a hometown girl. Her family knew his family, his family knew her family, and everyone wanted them to end up together. It was expected. This woman, whom I will call Shiku, was wild, and vibrant. She loved life. Loved to dance, sing, drink and have a merry time. Shiku was the life of the party. She and Bobby were good together for a time. Problem was, Shiku loved too much happy, and she had three children, none of whom belonged to Bobby. He loved her enough to take care of them without complaint. Bobby had a great big heart, and when he jumped in, he did so with his all. But things weren’t easy with Shiku. She was compulsive, disruptive, and cared only for the high moment. They fought bitterly, Bobby wanted her to quit drinking and get more serious with life, but Shiku….Shiku wanted more of the highs.

One day, when things were at their most critical, Shiku’s father died. Bobby went with her for the funeral in their hometown. On the night Shiku’s father was to be buried, her brother found Bobby, and warned him to leave town before midnight. Bobby asked why.

“Shiku wants you dead,” her brother said. “She has found ten men. They’ll find you in your bed tonight. You’ll be dead by morning.”

The threat was real. Shiku wanted him dead because she was afraid he was going to leave her. If he left her, she’d decided that no one else could have him.

Shocked and betrayed, Bobby thanked her brother for his kindness, packed a bag, and left in the dark of night. He traveled back to the home they shared alone, and spent the next three days thinking about their life together. When Shiku returned after three days, Bobby asked her to take her children, and anything she wanted in the house, and just like that, their relationship was over. 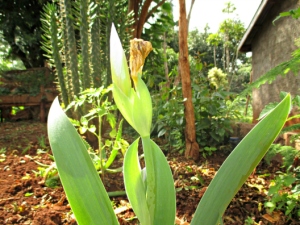 The second woman Bobby loved was an international girl. She lived in Ottawa. Bobby loved that they shared ideas, she loved that he was so outgoing. And though he’d been burned by love before, Bobby and Carol were happy. Problem was, Carol was from Ottawa, Bobby was from Kenya. Bobby was in Ottawa on a student visa, while they could have married, many at Bobby’s home wanted him to come back to Kenya and live like a Kenyan man. He fought it for a while, but eventually, Bobby returned to Kenya after many intrigues. His love for Carol did not wane. He missed her dearly and when she came to see him in Kenya, they spent weeks holed away together.

With Carol, Bobby got one child, a boy. Bobby did all he could for Carol, even contemplated returning to Ottawa, but he’d found a very good job in the government. Leaving would mean giving up so much, so Carol endured. Bobby and Carol met once in a while, but the visits to Kenya dwindled and Bobby worried. The truth was Carol kept a painful secret. She was sick, you see, with cancer. She died young, leaving her son with her older brother. When Bobby wanted to see his son, take care of him now that the mother was gone, Carol’s brother made a special trip to Kenya. He warned Bobby to stay away. He accused Bobby of having led his sister to an early grave. You see to Carol’s brother, she’d died of a broken heart, more than the cancer that had ravaged her body. Devastated, Bobby agreed to keep his distance from his son. It was a painful decision, and for a while, Bobby was once again hurting because of love.

The third woman Bobby loved was an urbane girl. Lily was a woman who’d worked to build her career. She was a filial daughter and a faithful sister to her siblings. He liked that she listened to him. He loved that she encouraged him, and supported his decisions. He saw a life partner in her, so she was the one he married. Their life wasn’t easy. His side of the family wasn’t so accepting of her, her side of the family loved him  a bit too much. He drank too much; they fought about that a lot. They had three kids, and he was dedicated to them. Did all he could to give them a comfortable life.  When money started coming in, Bobby got restless, with his homey life.  He strayed, numerously.  It hurt his family, numerously.

And so, Bobby died, eleven years after his marriage to Lily. A vicious car accident, in the dead of night, he was drunk, and with another woman in his car.

Bobby left a deep hole in the lives of his family, both extended and immediate. He’d worked all his life to put them together. It was the one thing he’d done with all his heart despite his many pitfalls with love.  The day before his funeral, his siblings, (the people he’d fought to keep together) sat in his living room, and in front of Bobby’s children and wife, they said,

“Bobby is dead. We won’t need to return here after the funeral tomorrow. There’s nothing for us here.”

To a new widow, these words were a stab in the back. To three young children, the words were like a betrayal…as though they weren’t good enough for the extended family.

For sure, none of Bobby’s family crossed the gate to his home after that day, none of them.

Bobby’s life, gone in a blink of an eye, his legacy was left in three children and a woman with a broken heart. You might add on Carol’s son to this list. Perhaps I can add Shiku, who might have truly loved Bobby despite her crazy antics.  The many others remember him fondly, but they were the people he let down at the end.

Why tell this story about this man named Bobby?

He was on my mind today, heavily weighing on my thoughts. Bobby is remembered by many, but I think the people who profoundly miss his presence are the children he never got to know.