Airi to the Rescue

That evening, back in her one bedroom apartment, Zuri grabbed her towel from the foot of her bed and turned to Sonnie.

“Where are we going again?”

“You’re not the only one with problems.  Airi called me earlier.”

“Her boyfriend has flown out of the country and he didn’t tell her for how long.”

Sonnie sat on her bed as she rushed into the adjoining bathroom.

“One of these days, Airi is going to have to make a choice.  Living like a kept woman is so not cool.”

Zuri sighed and closed the shower door.  She turned 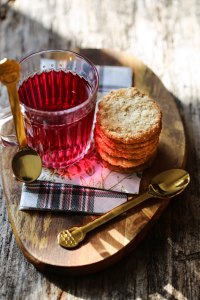 on the shower, made sure it was steaming hot before she jumped in for a quick wash.  The heat soothed her tired muscles, and she closed her eyes as she took in a deep breath.  The day had ended much better than she’d imagined.  Her loan was paid, Anjik was paid….sort of…she’d paid the girl half her salary.  Now all she needed was a client.

She was thankful for Sonnie.  They’d grown up together, gone to the same high school and university.  They’d also worked in the same advertising company until Zuri quit two years ago.  Sonnie grounded her when her world was imploding.  Together, they grounded Airi who was always having problems with her longtime boyfriend.

Zuri washed up quickly and stepped out of the shower in five minutes.  She grabbed a towel and heard Sonnie call out from her bedroom.

“Don’t forget to shave your legs.”

Zuri put toothpaste on her toothbrush, stuck it in her mouth and reached for the razor.  Propping her foot on the toilet seat, she grinned at the thought of an evening spent listening to Airi complain about her boyfriend.

Five minutes later, she hurried into her room to find Sonnie had laid out a white and pink sundress for her.

She grabbed a bottle of lotion from the top of a chest of drawers set against the wall and sat in an armchair by the window.

“I wish Airi would leave that man,” Zuri said with a sigh.

“I don’t think she can,” Sonnie said lying back on her bed.  “She’s spent the past three years holding on to him.  She’s invested time, her heart, emotions…do you think she’d give him up so easily?”

Zuri concentrated on dressing.  “I guess when you put it that way it makes sense, but surely,” she shook her head.  “I don’t understand why she needs to keep staying with a guy who treats her like a second thought.”

Zuri pulled on the dress over a white short slip and turned so that Sonnie could zip it up.  When it was done, she reached up removed the hair band holding her braids up.  The long braids fell down her back and she ran her fingers through them with a relieved sigh.

“Aren’t you afraid of being alone?” Sonnie asked getting off the bed.

“Do I look like I have time to be concerned about loneliness?”

Zuri grabbed a tube of lip-gloss from her dresser, used it negligently, before she dumped it in her purse.  Taking a beaded flower ring, she slipped it on her right middle finger and smiled at Sonnie.

“Pretty,” Sonnie said leading the way out of her bedroom.  “And stop changing the subject.  You can’t tell me you’ve never thought about it.  You’re twenty-seven years old.  I’m sure your mum keeps mentioning it.”

“She’s open-minded,” Zuri said stopping in a small closet in the corridor to take out a pair of white wedges.  She slipped them on, and watched Sonnie take her own purse from the coffee table.  “She’s more worried about my lack of a steady income.”

“Well, you’re lucky,” Sonnie said as they headed out.  “My mum thinks we should have married at age twenty.”

Zuri chuckled.  “No she doesn’t.  Your mum just worries about you, Sonnie.  She’s very sweet when we talk.  Yesterday, she called me to ask the best place to buy wholesale flour.  I directed her to that shop we like in Kawangware.”

“Come to think of it, should I be jealous that you get along with my mother better than I do?”

“You get along with my mum too.”  Zuri pointed out as they went down the stairs.

Sonnie chuckled.  “I guess that makes us even.  Should we walk up to take a forty-six bus?”

“Yeah, it’s easier than taking a matatu here and then connecting.”

Airi Kwetu lived in Lavington, at a two-story house that belonged to her boyfriend Evan Latema.  They’d lived together for two years.  Zuri couldn’t remember a time Airi had ever lived her life without Evan drama.

Airi met them at the door, dressed in grey sweat pants and a t-shirt.  Her eyes were red, as though she’d been crying all day, and when she ushered them into the living room, Zuri sighed when she saw the bottle of Baileys sitting on the coffee table.

“How long have you been in here?” Zuri asked, although the used tissues on the coffee table told their own story.

Airi might have used an entire box; used tissues piled a tray on the table.

“All day, I was watching movies,” Airi said quietly.  “Thanks for coming ladies.  I’m so glad you came.”

“You know what, sit.  I think it’s time we changed what you’re drinking,” Zuri said.  “I’ll make some coffee.”

Sonnie drew Airi to the couch and Zuri grabbed the tray of tissues, the bottle of Baileys and the used glass.  She took them to the kitchen, grimacing when she had to discard the tissues in the trashcan.

She started making coffee and rummaged in the stocked cupboards for food.  Fifteen minutes later, she went back to the living room with a fresh pot of coffee, and a plate piled with peanut butter cookies.

“Airi’s thinking of getting a job,” Sonnie announced when Zuri had served everyone.

“What kind of job?” Zuri asked, sipping her coffee, careful to wear a blank expression.

Airi’s business ideas were perishable, like flowers blooming at night and withering in the morning.  The last time her boyfriend left, she’d decided to start a fashion business.  The idea only lasted until Airi registered the business name.

“I don’t know, maybe consulting,” Airi said softly.  She stared into her coffee mug.  “Maybe, I’ll join Zuri in her business and help her plan parties.”

Zuri winced.  Airi was bossy, and demanding.  She couldn’t imagine working with Airi on a day-to-day basis.

“Well, we could work something out,” Zuri said cordially.

Sonnie gave her a skeptical glance before she turned to their friend.

“Airi,  you need to take a few more days before you jump into any serious project.  If you want something to do, help us find Zuri an event to plan.”

Airi sighed, still staring into her coffee, and then she looked up with a small smile.

“What?” Zuri asked when the smile only widened.

“I might have something,” Airi said happily, the shadows in her eyes disappearing.  “Remember Mrs. Tolinda?”

“Your neighbor?” Zuri asked, with a frown.

“Yeah, we had an estate meeting the other day.  I heard Mrs. Tolinda wanted to throw a sweet sixteen party for her daughter.  I’ll give her a call.”

Airi jumped up and ran off to find her phone.  Zuri met Sonnie’s gaze and smiled.

“At least she got off the couch,” Sonnie said, biting into her cookie.  “Jeez, I think I have to go to the gym tomorrow.  Between you and Airi, I’ll end up gaining a ton.”

Zuri laughed and they both stopped in surprise when Airi returned dressed up in tight black jeans, top, and vibrant red heels.  There was no sign of the lost woman who met them at the door.  She was with purpose again.

“Come on, ladies,” Airi said, waving her car keys.  “Mrs. Tolinda wants to meet.  I think we got Binda Events a gig.”

To be continued….thanks for reading ^_^ 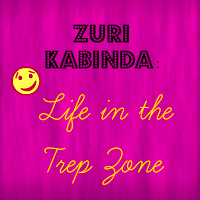 Zuri Kabinda is a story about a young woman in her late twenties, living in Nairobi and struggling to make her Event Planning Business work.  Follow her as she works through the various challenges young entrepreneurs face, especially in a city like Nairobi.

Zuri is joined by her two best friends, Sonnie and Airi.  They’re the people she relies on, especially when she’s down on her luck and the world is imploding.

All baked goods mentioned refer to the Amari Baking Center